Plex is my platform of choice for streaming local media. It’s great for streaming my Blu-ray collection to any platform I use that have a Plex app on it. But not all platforms support direct playback of Blu-ray rips (mkv-files). I can still play it but the video needs to be transcoded by the Plex media server first to a format the player supports. That process can be quite intensive for an uncompressed Blu-ray. 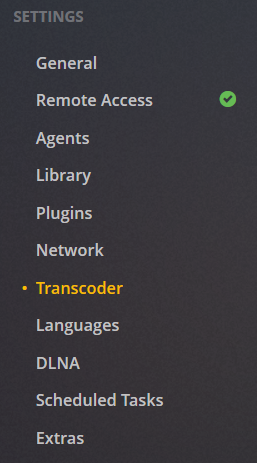 When you do this Plex will use your graphics card instead for transcoding. If you only have one graphics card in your computer then there is not much more you can do. But if you have a desktop PC chances are you have an integrated GPU inside your CPU and a discrete GPU that you maybe use for gaming. 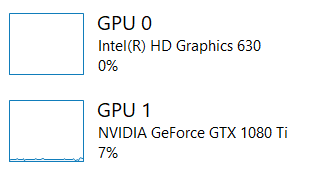 If your CPU is supposed to have an integrated GPU but you can’t see it then it’s probably because it has been deactivated in the EUFI (BIOS) of your PC. For instructions on how to activate it you can check the manual for your motherboard.

Windows 10 makes it possible to choose which GPU a specific program should use. This makes it possible for us to assign the Plex transcoder to run on the integrated GPU instead of the default, in my case, Nvidia GPU. That means I can max out a AAA game while I’m also transcoding Blu-rays without taking almost any performance hit.

To set this up you need to open the Settings app in Windows 10. Then go to System -> Display and scroll down to the bottom. There click on the link called Graphics settings. Choose Classic app and then click on Browse.

You need to do this twice to add the files Plex Media Server.exe and PlexTranscoder.exe. In my case these files are located in: C:\Program Files (x86)\Plex\Plex Media Server

When you have done that click on each of the entries and choose Options. Your integrated GPU should show up as Power saving GPU. Choose the Power saving alternative for each of the programs and then save. 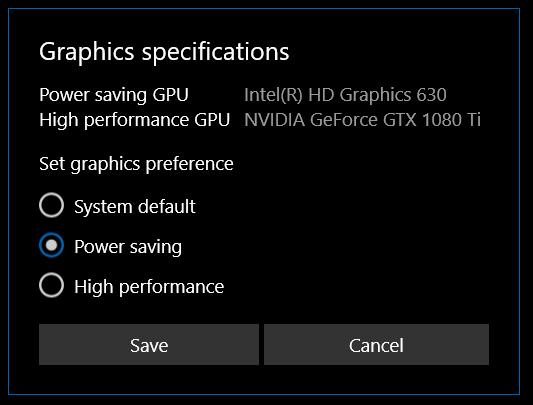 When you are done it should look like this.

It used to work to only add the PlexTranscoder.exe but for some reason I now also have to add the Plex Media Server.exe for it to work.

To be on the safe side I would recommend you reboot your computer now. When you have done that you can try to stream to a device where you know transcoding will have to be used and look in Task Manager as the GPU usage for your integrated GPU rises.

3 Replies to “How to use integrated graphics for Plex transcoding”