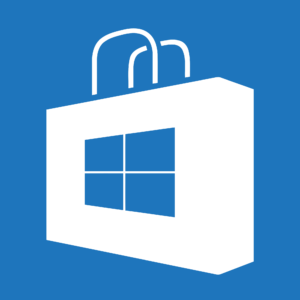 I find that the Windows Store on Windows 10 often is overlooked. And frankly there are a lot of good reasons to do that but it’s not all bad. One of the best things about the store I think is the ability for developers to distribute their classic win32 apps. I think that if you have the choice between downloading an app from the developers website or the Windows Store, you should choose the Store.

There are a few simple reasons for this. Firstly, you don’t have to think about keeping the app up to date, Windows handles that for you. If it’s a paid app or it has paid features you can easily pay for it using your Microsoft account. Which I find to be much easier than doing it on the developers website and giving out my credit card to another company.

The app also gets sandboxed if you get it trough the Store. This makes it easier to clean it out when you uninstall it but it also makes it harder for a malicious app to attack your computer. The sandbox can cause issues for more advanced apps that need low level access so you won’t for instance see Virtualbox being distributed through the Store any time soon.

Here is a list of some of the win32 apps that I have found that I think you should get through the Store instead of downloading them directly from the developer.

Please leave a comment if you think there is an app that I have missed!

Enpass
The password manager that I use. You can use it completely for free or pay for some premium features and to support the developer.

IrFanView
A really nice photo viewer which I mainly use for viewing raw photos. I recommend you get the 64 bit version, does anyone use Windows 10 32 bit?

Whatsapp Desktop
I don’t understand people who only chat on their phones, isn’t it much easier to chat using a real keyboard? If you are like me and want to type on real keyboards then you should get this app so you can use Whatsapp from your PC instead.

Telegram Desktop
Same idea as Whatsapp Desktop but for Telegram.

Tweeten
Tweeten is a Tweetdeck clone but I think a lot better than Tweetdeck. And it allows you to use it as a desktop app instead of in your browser.

Paint.net
This is the classic photo editing app for Windows. It’s not as advanced as Photoshop of course but it still has a lot of features.

Spotify
The most popular music streaming service out there, don’t think I need to say much more than that.

CrystalDiskMark
This is a really nice storage benchmarking utility. If you want to know how fast your harddrive can read and write data you should give this app a try.

Python
For the Python developer that uses Windows 10.

Photoshop Elements
The light version of Photoshop but quite enough for most people.

Cinebench
CPU benchmarking utility that I use all the time.