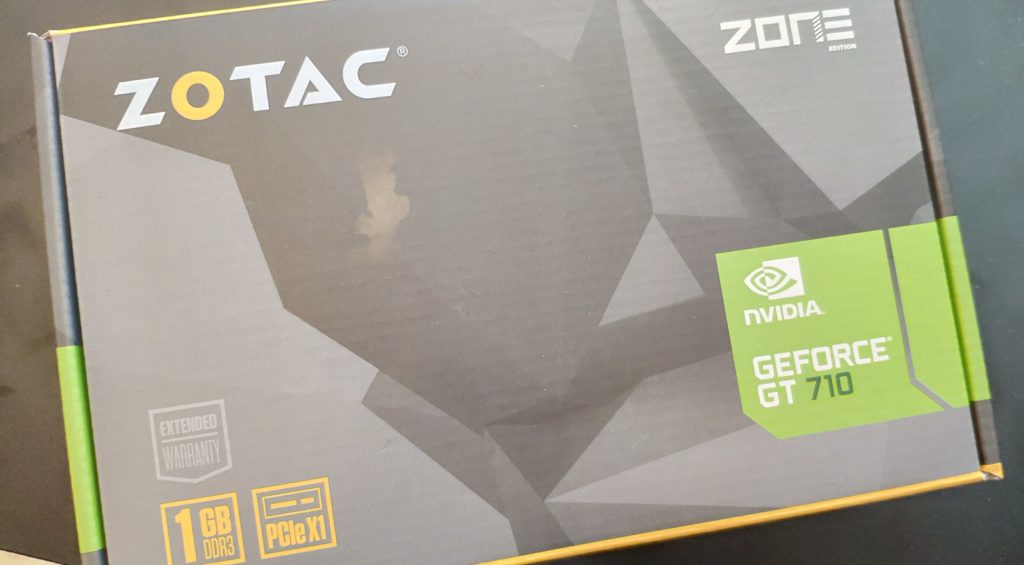 I’m building a FreeNAS server right now from some pretty old hardware, it’s based on an old AMD Phenom triple core CPU. The motherboard has one X16 PCIe slot and some X1 slots. The X16 slot I needed for my HBA-card (X8) which my hard drives connect to. That leaves only X1 slots and this CPU has no integrated graphics.

So that left me in a bit of a bind. I have some really low end graphics cards laying around that I could use but they are all X16. I could go without a graphics card also since FreeNAS is managed using a web interface. But I still wanted one just in case the web interface didn’t work and I needed to troubleshoot. So I went hunting for graphics card with PCIe X1 and I found one that was for “normal” people, meaning not for business. Behold the glory of the Zotac GT 710! 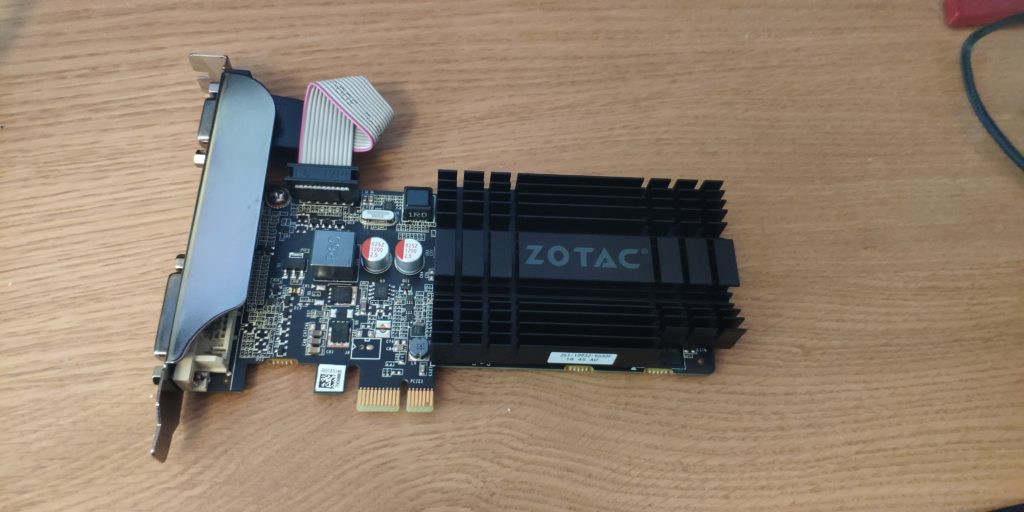 It was launched in 2016 and has some very impressive specifications. How about 192 CUDA cores clocked at 954Mhz and 1GB of DDR3 VRAM, yes that is DDR, not GDDR.

So the question is naturally, will it run Crysis? In short I would say the answer to that question depends on your definition of “run”.

I’m using Crysis 3 in this test and not Crysis 1 to be a bit fairer since Crysis 1 is really old and doesn’t take advantage of newer technology that will help it perform better.

When I first boot up Crysis with the default settings I’m getting 4-6 FPS. So not playable at all. But that is with textures set at high and resolution at 1080p.

When I really crank down the setting to the absolute minimum it is actually kind of playable. You can see the settings I used below. 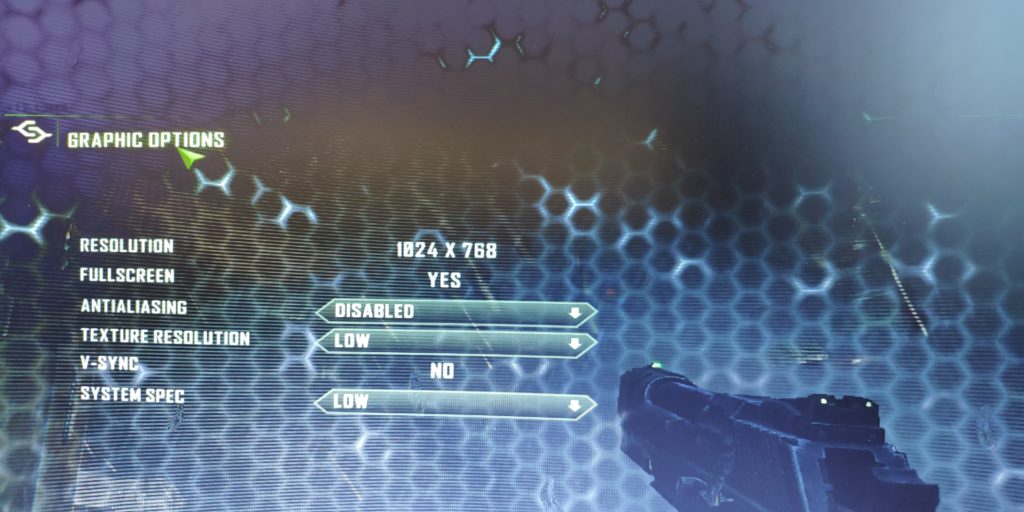 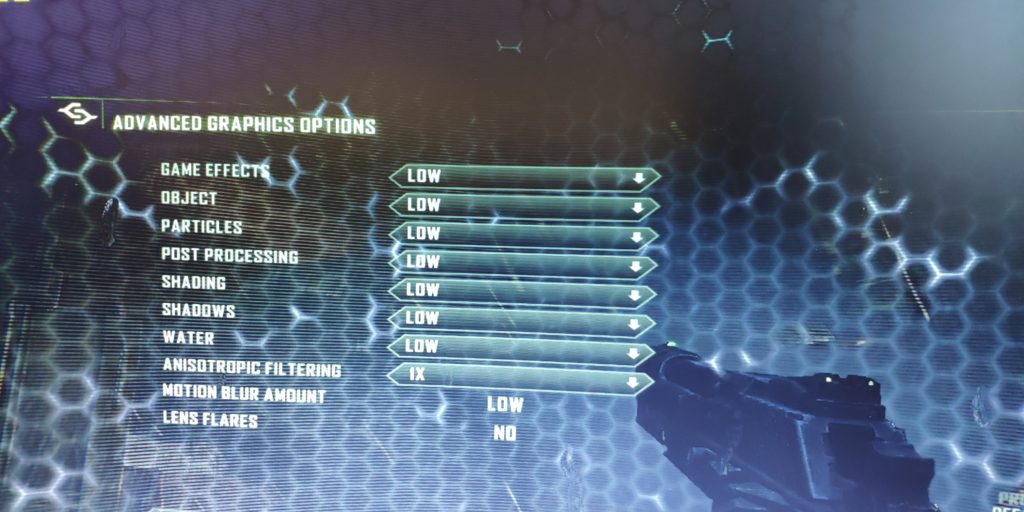 With these settings I get around 25 FPS. I would say a game is playable at 30 FPS so it gets really close to get the “can play Crysis” badge but it falls just short.